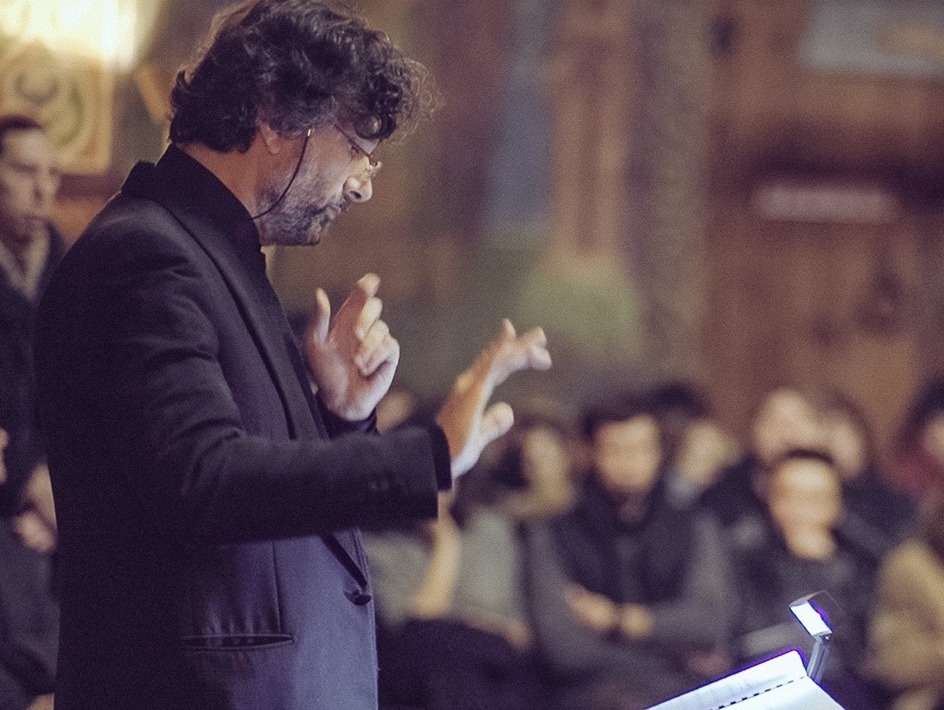 Fabio Lombardo studied composition, analysis, electronic music, voice and choral conducting in Florence, Paris, Arezzo and Siena. Among the various important encounters during the period of his training, are the ones with Fosco Corti and Romano Pezzati, the courses of musical analysis of which he has followed for several years.

In 1982 he founded L’Homme Armé, a vocal ensemble that is specialized in the performance of the Renaissance and baroque  musical repertoires with frequent  excursuses in contemporary repertoires. In 1987, at the invitation of Piero Farulli, he founded  the Schola Cantorum “Francesco Landini” della Scuola di musica di Fiesole. With these groups he regularly performs in Italy and in Europe.

From 1986 to 1998 he has been artistic director and  conductor of the Gruppo Polifonico “F. Coradini” di Arezzo, ensemble that won in 1990 the 44th International Competition of Llangollen in Great Britain.

Fabio Lombardo has conducted various choirs and orchestras among which the  Orchestra della Toscana, Modo antiquo, the Orchestra barocca of Bologna and the Orchestra V.Galilei.